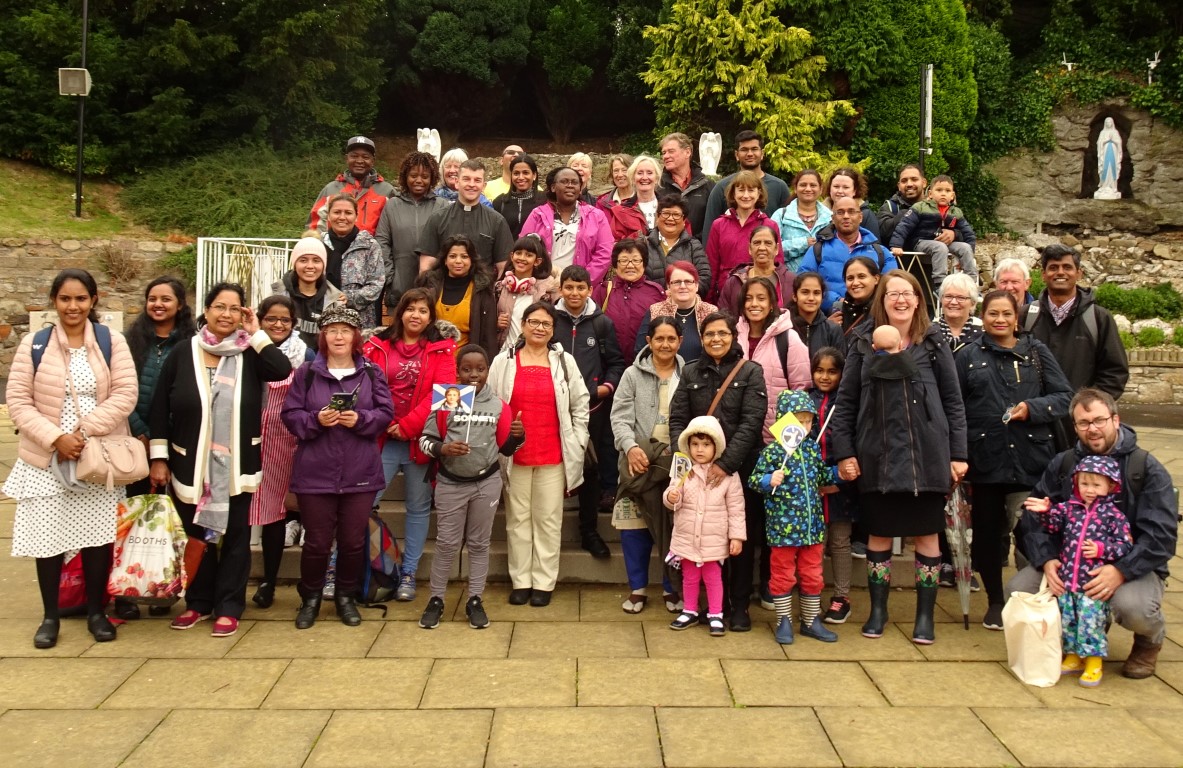 St Therese is one of the Church's most popular saints. A coach load from St Clare's visited her relics at Carfin in Scotland. 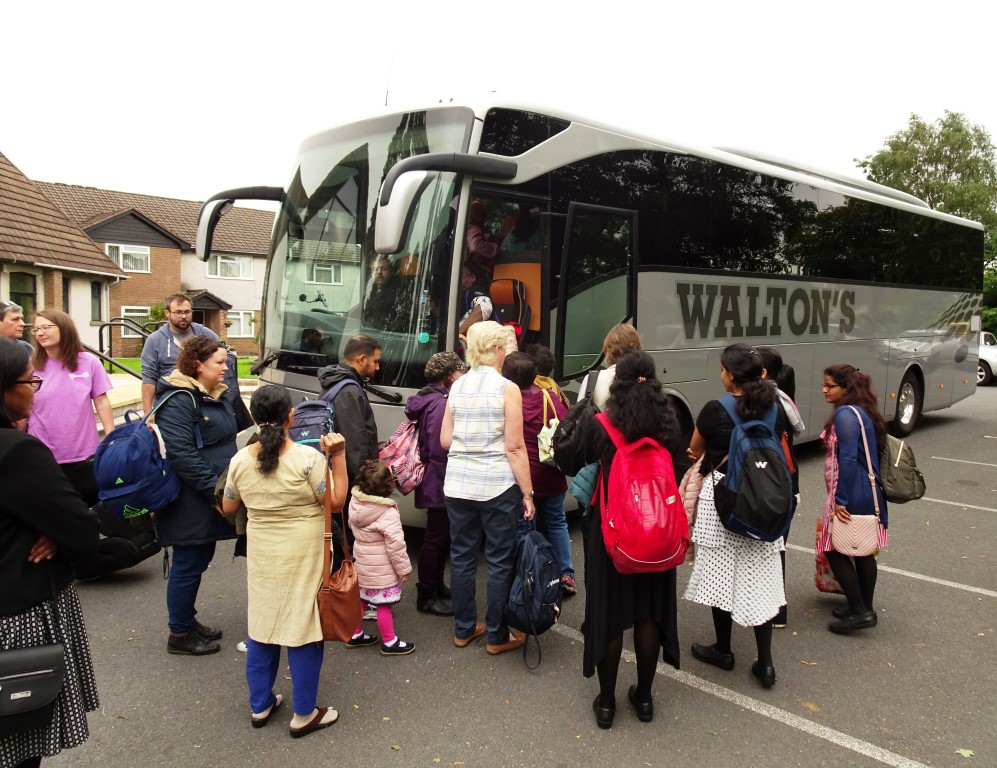 Friday 30th August, 8:30am. 50 parishioners with Fr Andrew are boarding a coach for a day trip to Scotland, to take part in a tour of one of the Church's great missionaries. She is St Thérèse of Lisieux, the Carmelite nun who lived a short life on earth, just 24 years (1873-1897) but since her death has inspired countless millions in the 'Little Way' of holiness. Thérèse always wanted to be a missionary and to draw many souls to Christ, but lived the entirity of her short adult life in an enclosed convent in Lisieux. In recent years her relics have travelled to many parts of the globe - over 80 countries in total - and are currently making a tour of Scotland. 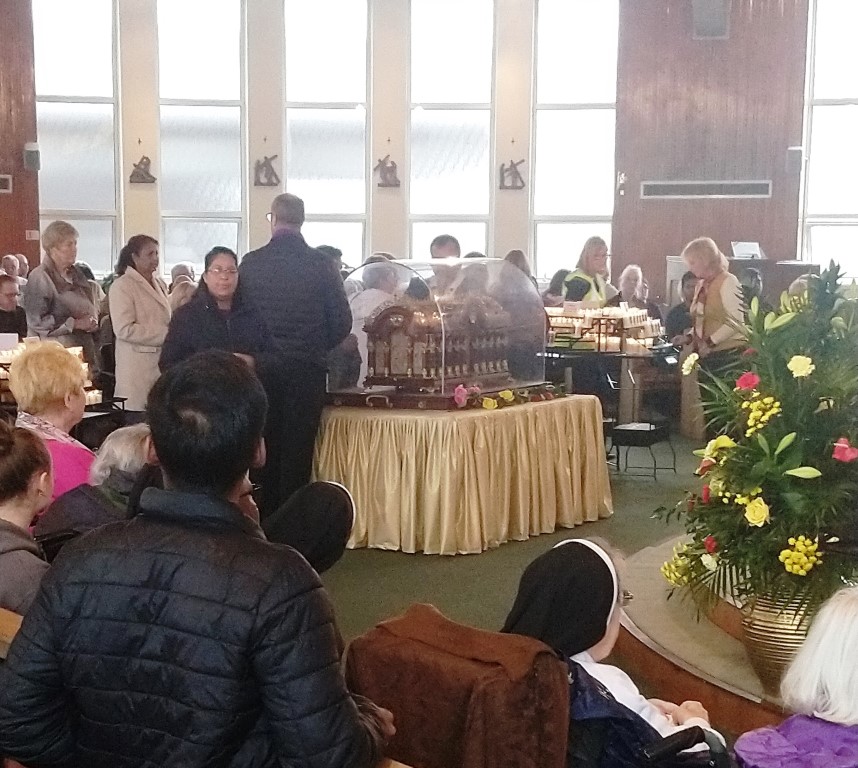 The relics began their tour at Carfin, which is also home to Scotland's national shrine of Our Lady. Here we see the relics in the church of St Francis Xavier at the shrine. People come forward to venerate the relics - to reach out towards Thérèse, and in doing so ask her intercession for their needs. Thérèse famously said, "I will spend my heaven doing good on earth", and since her death countless people have reported being helped by her prayers. 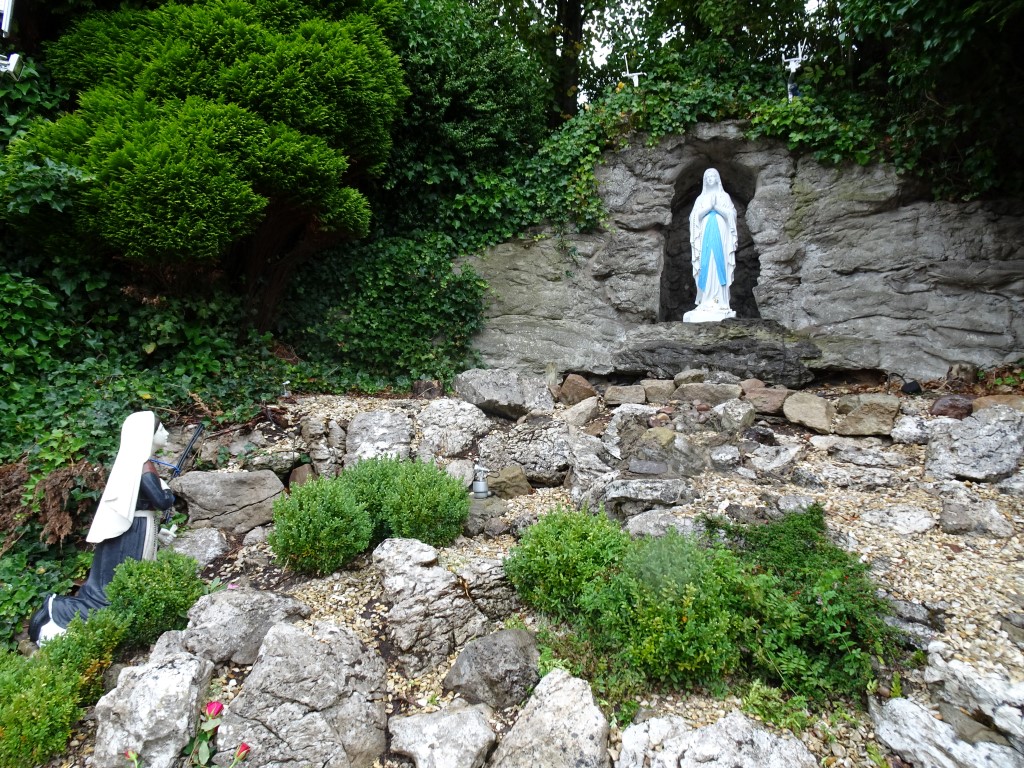 In 1921 the Parish Priest of Carfin, Canon Thomas Taylor, began work on a shrine to Our Lady of Lourdes, and this quickly became a place of pilgrimage. Around the grotto there now numerous chapels and shrines to many saints, as well as relicas of the Lord's tomb, the Holy House of Nazareth and a representation of the scene of the Lord's birth at Bethlehem. There's also an interesting connection with St Thérèse. Canon Taylor was born in the year as the saint, and ordained priest in the year she died. Having read Thérèse's writings he became very devoted to her and was one of the first to promote her cause for canonisation, doing much to spread awareness of her story and teachings, especially in the English-speaking world. It seems very fitting, then, that her relics begin their tour of Scotland at the shrine he founded. 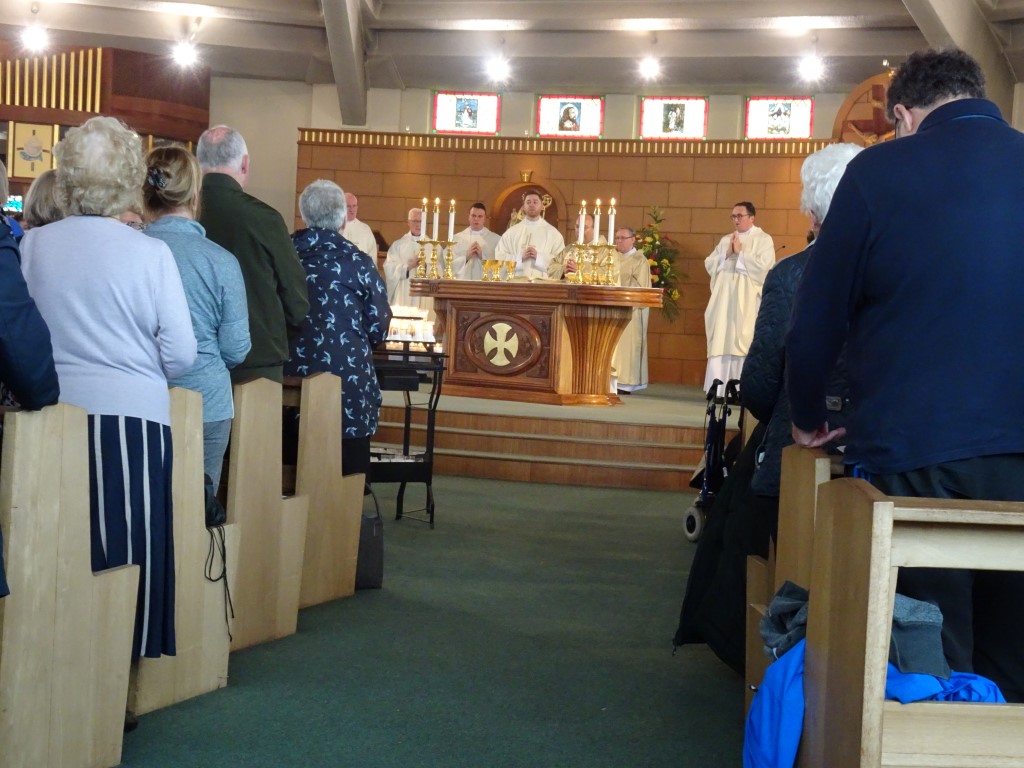 Our pilgrims attended Mass in the church and had chance to visit and pray at the different parts of the shrine, which is well worth a visit. You can find out more about it at www.carfingrotto.org and you can see more about the tour of the relics of St Thérèse at www.littleflowerinscotland.co.uk

This video contains reflections from pilgrims at Carfin on the day the parish visited (including at least one familiar face!) and you can also click on the gallery below to see some other images of the visit and the shrine at Carfin.