There has been so much going on during the past term that there hasn't been time to write it all up! So here is a summary of what the Seekers, Anointed and new 'Sent' group have been up to over the past couple of months...

All of the groups have grown in number over this term and there are now around 50 young people who attend one of our groups here at St Clare's each week. This has also led to a new group being formed for young people in year 10+ called 'Sent' which is to cater for those who have grown up through our groups and will have a particular focus on going out with the Gospel. It is early days with this group but so far it seems to be going well and we hope it will continue to grow.

All of the groups have been exploring the theme of ‘The Kingdom of God’ in age appropriate ways. Many of our Sunday Gospels during the past months speak about the Kingdom in either parables or in the attitudes that we might exhibit as members of that Kingdom. The Seekers group have put together a bright display in the back room of the Parish Centre which incorporates all the different things we have learnt about the Kingdom from the Gospels. Why not go and have a look and see if you can remember the various passages that have informed it?

During the Half-Term break, the Anointed and Sent groups went away on a retreat. Based on the theme of 'All Saints', we spent time together in prayer, walking, being challenged to take up the call to be saints and generally enjoying each others company. There is a fantastic write-up by the young people about the retreat which is well worth a read and lots of photos here  http://metanoiaproject.co.uk/blog/2017/11/05/all-saints-retreat/ .It was one of the best retreats I have ever had the pleasure to lead - what a wonderful group of young disciples! 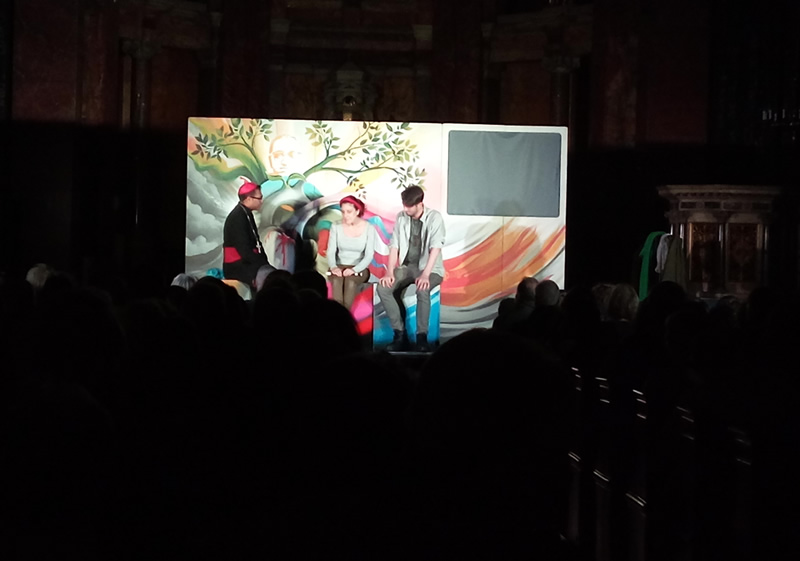 Only a week after the retreat, the Anointed and Sent groups were once again out and about, this time watching the play 'Romero: Heartbeat of El Salvador'. Ben had this to say: A few weeks ago I went to a play performed by Rise Theatre on the life of Oscar Romero. After enjoying a slice of pizza and a drink we entered St Wilfrid’s church and sat down for the play to begin. Throughout the whole play I was captivated. I didn’t know three actors could put on such an amazing performance. The life of Oscar Romero was hard for him yet he brought out the best of everyone and would never give up – I can certainly see why he is becoming a Saint. And the best thing is, I got so much out of the experience. It has affected my life drastically and I now feel my faith is stronger with God and my actions are influenced by Him. That night was one of the best of my life! 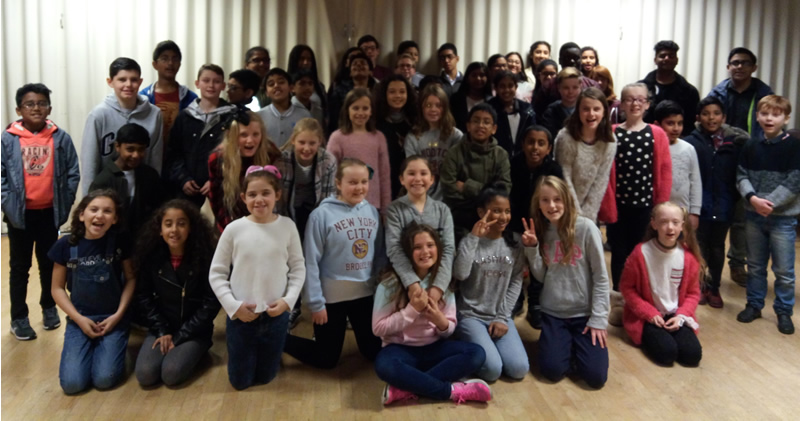 Not to be outdone by the older ones the Seekers group have also recently been on a trip. They bounced, tumbled, climbed and fell at Energi Trampline Park. This group have huge amounts of energy to burn off so this was the ideal place for them! I was very impressed by the skills that many of them had – including even a backward somersault landed perfectly by one of them! I have lots of very blurred photos from trying to capture their fun as they moved way too quickly for my skills…It was a great evening with lots of very hot and tired young people at the end!

To end our term together Seekers had a film night using the projector and big screen in the Parish Centre and bringing all sorts of pillows blankets, cuddly toys etc to make it more cosy. We watched 'Boss Baby' and enjoyed some popcorn and sweets before finishing our term by thanking God for all the blessings in our lives.

This Sundy will be the last Anointed and Sent of the term too and so we will be having a party with games and lots of chocolate!

So as you can see there is never a dull moment with our youth groups who play as well as they pray. In the middle of all of this there was also the Feast of Christ the King and National Youth Sunday but that's another story for another post...We can't wait to see what God has in store for us in the New Year!

More information and pictures about all of these events are on our website www.metanoiaproject.co.uk